The BORG3 (Bayesian Origin Reconstruction from Galaxies) model is a submodule of the ARES3 framework. It shares the same infrastructure , I/O system and general mechanism. BORG3 relies also on HADES3 package which implements an efficient Hamiltonian Markov Chain sampler of the density field at fixed power spectrum and fixed selection effects.

1.  The importance of non-linearities 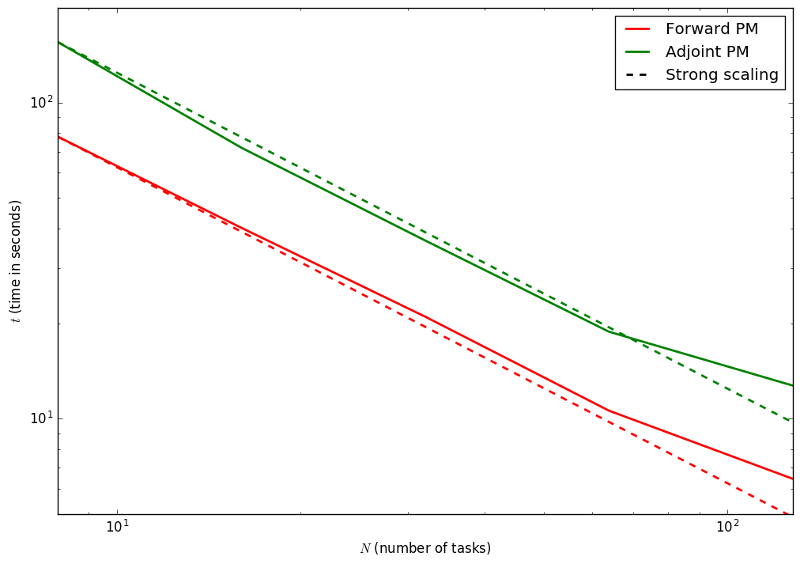 Figure 2: Scaling of the code as a function of the number of tasks. Each tasks use 8 cores fully. The right most point is thus using 128x8 = 1024 cores.

BORG3 fully supports MPI with scaling at least up to 1024 cores. In Figure 1, we show the test run on the Occigen CINES supercomputer using the tool 'borg_pm_benchmark'. The red line is the time measurement in seconds for each number of tasks for the forward Particle Mesh simulation with 20 timesteps, 2563 grid, 5123 particles. The dashed line is a reference perfect scaling curve. The last point on the bottom-right shows a slight loss of scaling because the CPUs becomes totally saturated and uses hyperthreading.